Steel is an alloy of iron (Fe) and other elements. Elements are purposefully combined with iron to achieve specific properties and characteristics in the steel. However, some elements can be present unintentionally, and require significant effort to be removed. Many product specifications in various industries follow mandatory reporting procedures regarding the components of the steel. As such, many mills provide a heat analysis which includes the chemical elements of the steel produced.

Carbon is the main hardening element in steel. Hardness and strength levels rise as carbon content is increased up to about 0.85%. As such, carbon has a negative effect on ductility, weldability and toughness.

Manganese is commonly used in most commercial steel and used to improve a steel’s strength and hardness. Manganese serves the same purpose as carbon, but does so to a lesser degree. SImilar to carbon, increasing the manganese content decreases ductility, toughness and weldability.

Phosphorus is often present as a residual element in steel (with typical amounts of less that 0.02%), but can also be purposefully added. As an addition, phosphorus increases hardness and tensile strength. When present, this element is detrimental to the ductility, weldability and toughness of the steel.  Phosphorus is commonly used in steel for automotive body panels.

Sulfur usually exists in the raw materials used to make steel. Because its presence in steel acts as an impurity, the steelmaking process is designed to remove it. Typical sulfur levels in commercial steel are approximately 0.012%.

Silicon can be present in steel both as a addition or a residual. When intentionally added, silicon increases the strength of the steel (but not as much as manganese or carbon). Typical levels of added silicon are around 0.10%. When used in galvanized materials, the levels of silicon should not exceed 0.04% of the total composition.

Common residual elements in steel include: Copper, Nickel, Chromium (Chrome), Molybdenum (Moly) and Tin. Scrap management is typically used to measure and control for the presence of these elements during the steelmaking process. Typically, maximum residual quantities for copper, nickel, chromium and molybdenum are 0.20%, 0.20%, 0.15% and 0.06% respectively. However, levels may vary due to changing product requirements. As additives, these element have specific enhancing effects on steel.  Lastly, Tin, when present in steel, has negative characteristics. Despite not always being mentioned, levels of tim are usually maintained at 0.03% to minimize its effects on the integrity of the steel.

Vanadium and Titanium are strengthening elements that can be added to steel. Because of their strong effect on the steel, they are described as micro-alloys, and added in very small quantities ranging between 0.01% and 0.10%.

Aluminum is deoxidizing agent when used in the steelmaking process. When added to steel, aluminium combines with the oxygen in the steel to form aluminum-oxides. which can be removed along with the slag created during the process. Furthermore, aluminum acts as a grain refiner during the hot-rolling process (through the use of aluminum-nitride precipitates, which can affect coil properties).

Nitrogen can be present in steel both as an additive and a residual element. Typically, residual levels of nitrogen are below 100 ppm.

Boron is often added to steel to increase its hardness potential. In low-carbon steels, however, boron be used to help reduce the Yield-Point-Elongation, and subsequently reduce coil breaks. Furthermore, when used appropriately, boron can significantly increase the formability of the steel.

Calcium is often used in combination with sulfur to enhance the formability of the steel, and improve its shape control.

Zirconium can be added to steel in combination with sulfur, which prevents the formation of manganese sulphide (MnS) that can have detrimental impact on the toughness of the steel. However, there has been a growing interest in introducing zirconium to micro-alloy steels, and exploring its effects.

Antimony is often a trace element in a steel alloy. It is a chemical that, when present, slows down the formation of an internal oxidation layer in cold rolled steel strips. This chemical is often added before the annealing process to reduce the oxidation of the material.

Niobium, formerly known as columbium, is a shiny, white, ductile metals that when exposed to air, forms an oxide layer on the surface that resists corrosion (up to 200 degrees celsius). Niobium is used with iron and other elements in stainless steel alloys, as well as in alloys with nonferrous metals, such as zirconium. Due to the strength of Niobium alloys, this metal is often used in pipeline construction, as well as jet engines and heat resistant equipment. 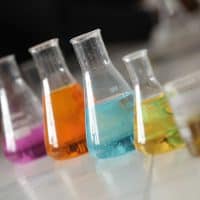 In our meetings we use the word partner – they are our primary supplier and we trust them as they always do right by us.